Honest testimonials and feedback from customers is extremely important to us. We work hard to both earn our customers' business and make sure they stay happy.

Protect what matters for only

Remotely check doorbell activity, wherever you are.

Nearly 34% of burglars enter through the front door. Receive instant alerts when someone approaches your home, so you can verify their identity. 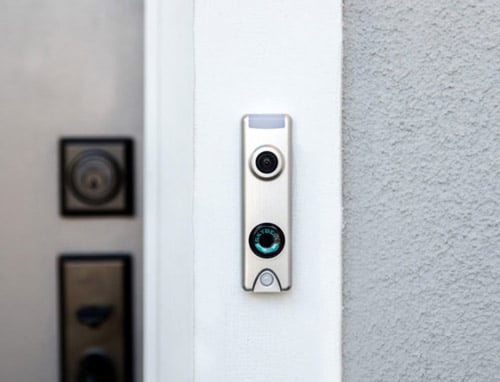 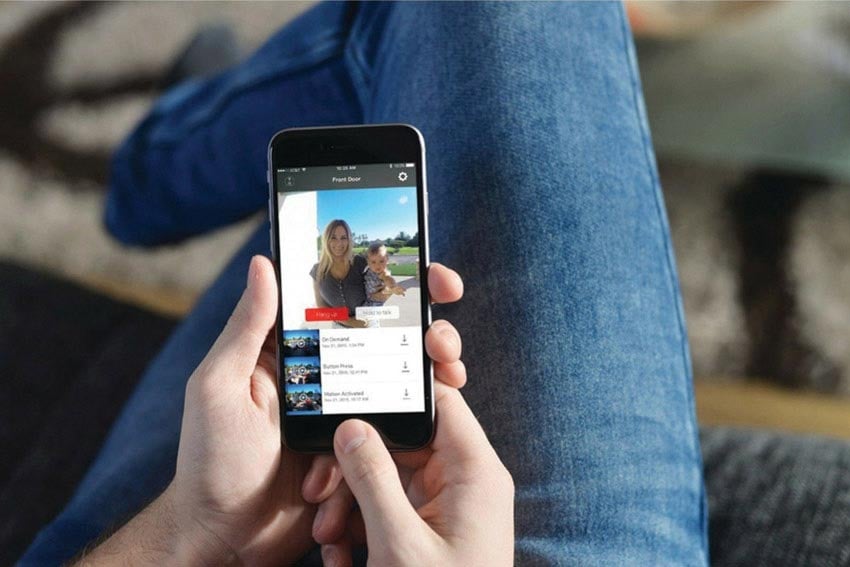 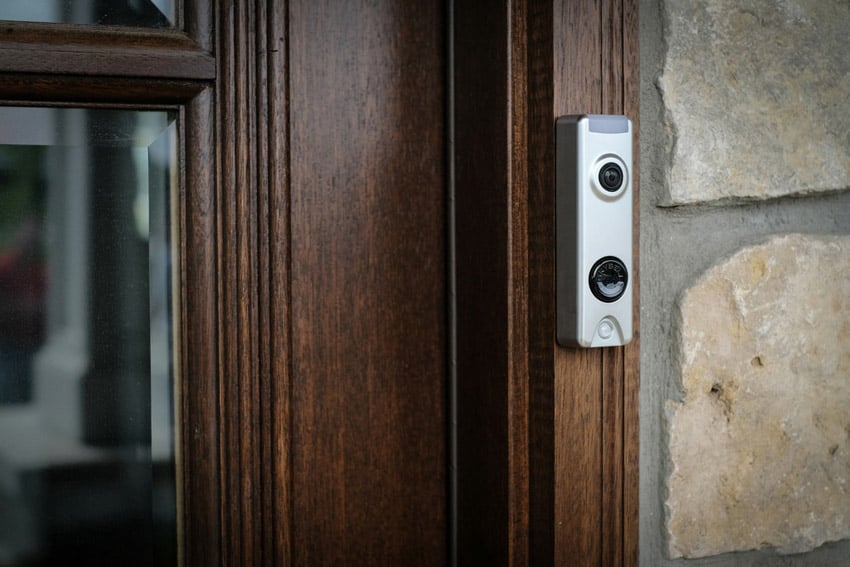 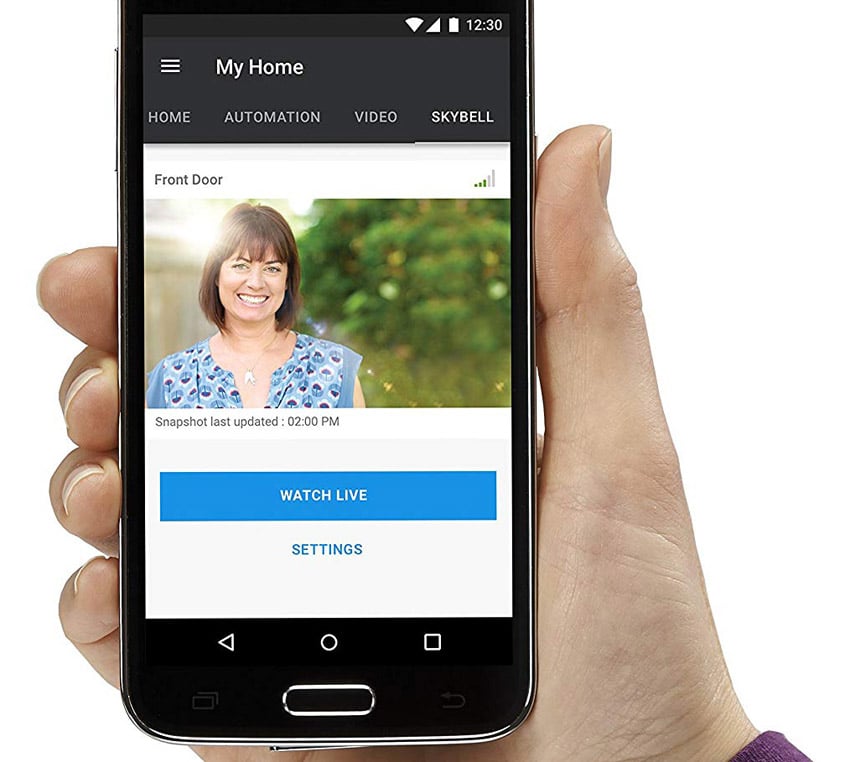 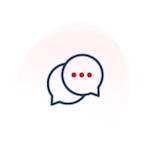 See and speak to whoever’s at your door. Get the full picture with a 180° wide-angle view of the area around your door.

You’ll never miss a visitor with notifications sent straight to your mobile device. 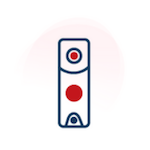 Get a clear view of your doorstep, even when it’s dark outside. 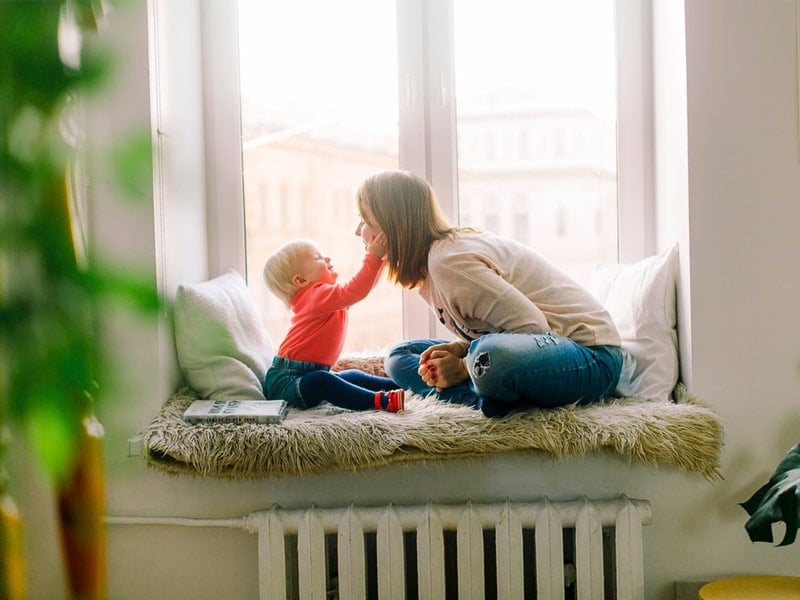 With the chance of being a victim of a property crime being 1 in 26 in Providence, Rhode Island, Alarm New England provides the proper protection your home and valuables need.

With more than 31,000 satisfied customers, Alarm New England provides the most reliable home alarm systems in the nation. Our commitment to providing quick installation, reliable support and rapid law enforcement response have helped us grow to become a leading home security company in Rhode Island. 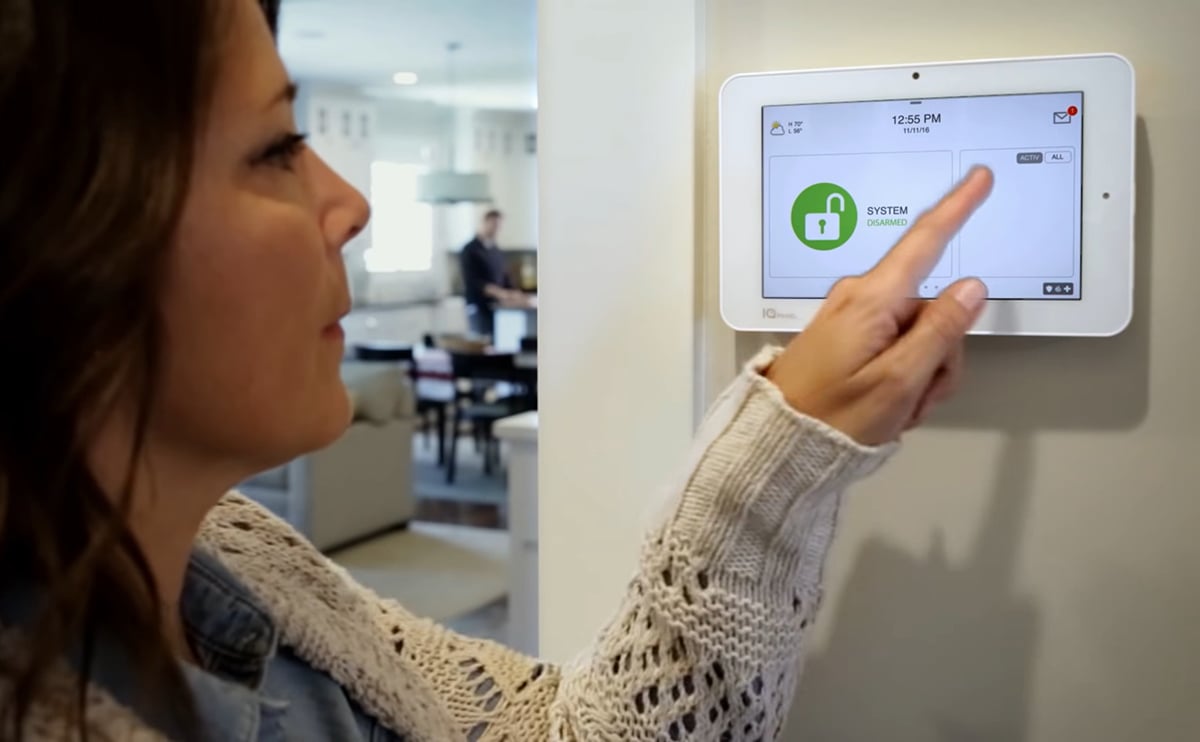 Using your smartphone, tablet, or desktop you can activate and deactivate your Rhode Island home security system from wherever you are, giving you the power to control your home security at any time. Alerts can be set up to be immediately alerted to broken sensors. Home security around the clock

Rhode Island residents understand that there is no substitute for the peace of mind gained with a home security system that can provide the highest level of security in the event of burglary, fire, or medical emergencies.

With Alarm New England home security monitoring, each home security system in Rhode Island is constantly monitored 24 hours a day, 7 days a week, every single day of the year.

Keep an eye on the comings and goings in and around your Rhode Island home with motion-sensing security cameras and video analytics.

We offer the most up-to-date home security in Rhode Island including burglar alarms, smoke detection, and video surveillance.

Manage your home security in Rhode Island remotely, anytime, from any device with your smartphone.

Create home automation sequences that ensure systems are armed, doors are locked and lights are on.

Our skilled local crew of 40 technicians are always ready to install, inspect and maintain your Rhode Island home security systems.

Always know what’s going on at home with alerts and notifications instantly delivered to your phone.

Our on-site test and inspection services, as well as remote testing ensure our commercial fire alarm systems are working correctly.

Have an old home security system in your Rhode Island residence and want us to monitor it instead? We can transfer you over for no upfront cost.

We serve thousands of your neighbors around Rhode Island

Alarm New England is rated 4.9/5.0 based on hundreds of customer reviews.

Foley R.
Kingston, RI
“Alarm New England is a OUTSTANDING company! From the first call we had with Tom it has been nothing but great service! The technician did a great job and was very informative and knowledgeable about the system. I am so grateful for alarm New England!"

Patricia D.
Newport, RI
“Connie, Alexandra, and the team at Alarm New England are superb. From the sales process to the install and activation, everything was smooth sailing. The ease of everything from start to finish was amazing! The peace of mind that the system brings and knowing that a trusted, successful, and determined team is behind you is something everyone should have. Definitely go with Alarm New England!”

Carmine P.
Pawtucket, RI
“I purchased a system approximately 6 months ago and from the first call the staff Alexander and Connie were hands down the best. Every question, concern and need was addressed thoroughly and professional. I couldn't have asked for a better experience from start and up to today. The company has been top notch and I am extremely pleased.”

Andy M.
Cranston, RI
“We have had the Alarm New England service for over a year and they have been absolutely incredible. Our system allows all of our employees to have individual codes and access to our facility and allows remote access when needed. The customer service responds immediately to questions and we have created a great relationship over the last year.”
VIEW ALL

What is the crime rate in Providence, RI?

The crime rate in Providence is higher than the average across all communities and towns of all sizes in the US. The rate of crime in the town (violent and property crimes combined) is 40 crimes for every one thousand residents. As a result, the chance that a person will become the victim of crime in the town is 1 in 25.

What is Alarm New England's service area around Rhode Island?

Our Boston, MA office serves the following cities and towns in and around Boston:

The area that is present-day Providence was settled by Roger Williams as one of the original colonies in New England. When Williams and his group had to leave the Massachusetts Bay Colony, they found refuge in Providence.

Providence was founded and incorporated as a town in 1636. Roger Williams named the town Providence because he believed that God’s merciful Providence made him find a place/haven for his followers.

The residents of Providence were parts of the first Patriots to spill blood in the events that led to the American Revolutionary War during the Gaspee Affair in 1772. The center of civic life in Providence in the 1800s was the Market Square. Before Providence City Hall was built, Market House was the home of the city council.

The economy of Providence shifted from maritime activities after the American Revolutionary War to manufacture of machinery, tools, jewelry, silverware, and textiles. Some of the largest manufacturing plants in the US were in Providence at the turn of the 20th century.

Providence was ratified as a city in 1831. The manufacturing industry in Providence was invaluable to the Union during and after the American Civil War.

In the early 1900s, Providence was one of the wealthiest cities in the US. Major manufacturing products were made in Providence, such as precision tools, steam engines, textiles, and screws.

What ZIP codes near Providence, RI do you service?

What are the best home security systems in Rhode Island?

Everybody wants to feel safe in their own home, and more people are considering getting security systems than ever before. When you start looking at the best home security systems in Rhode Island, you'll be surprised by how many services are available.

You can—and should—take the time to look up reviews of several home alarm systems in Rhode Island to get an idea of which ones are reputable and which ones to avoid.

If you're still feeling overwhelmed by the number of choices, we've taken some of the most popular home security systems in Rhode Island and examined them in several categories. Our review will give you an informed perspective so you can decide which one will best meet your needs.

How do you choose a Rhode Island alarm company?

Every household has different requirements and expectations for its security system. Some people want an alarm company to handle the process from end-to-end, whereas others prefer to have more say in how it's customized.

The three main categories that people use to make their decisions are usually price, customer service, and the features and equipment that come in the system.

Price: Many people only consider the upfront costs of installing an alarm system, but they forget to think about the monthly expenses and how that can add up over the years.

Customer service: Ideally, you want to be able to reach your Rhode Island alarm company at any time. When choosing the best home security system, you also want to factor in other aspects of customer service, such as cancellation policies and equipment warranties.

Home Security Company With The Best Results In Providence

Alarm New England is located at 26 Hemingway Drive in Providence. We are located about 10 minutes walk from Brown University. We are open Monday – Friday 9:00am – 5:00pm. For additional questions you can call us at (401)366-2600 or you can find us on Trustpilot. 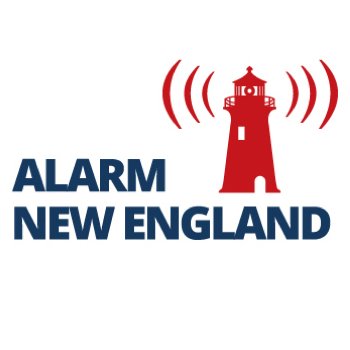 Alarm New England has been servicing the New England region since 1972. We are at the forefront of providing the latest technology and customer service, giving Providence homeowners unparalleled protection of your greatest valuables. We are best known for being:

Your Way, Your Choice

Everything in the Traditional Package

Everything in the Control Package