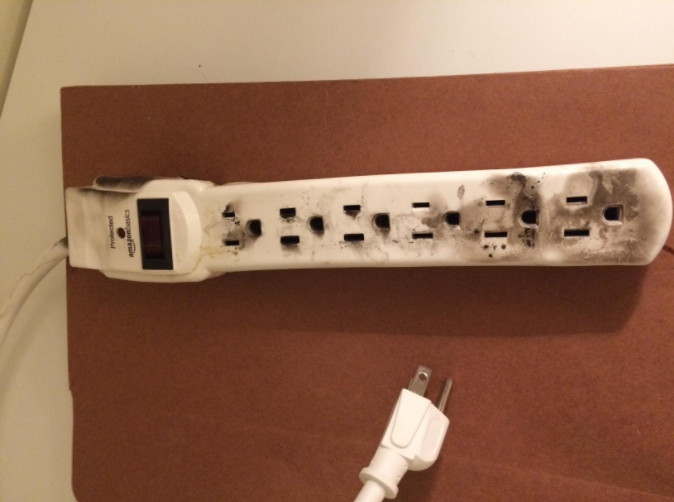 How to Keep Your Power Strips From Catching Fire

We can never have enough plugs for our dozens of juice-hungry devices. Multiple power strips are pretty much essential.

But despite being commonplace in the home, these little plastic gadgets can be extremely dangerous when used improperly or when they malfunction. According to the ESFI, over 3,300 home fires originate in extension cords and power strips each year, killing 50 people and injuring 270 more. 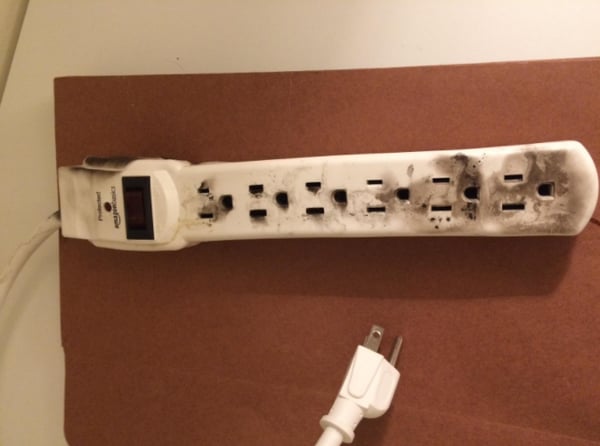 After hearing harrowing stories from our customers of burn-outs and near-catastrophes stemming from extension cords, we want to make sure everyone knows the best practices they should follow to minimize the risks.

Here are the home safety tips you need to know about power strips to protect your belongings from fire:

Know the limits of your power strip.

Your power strip can only draw so much electricity without getting overloaded. When you overload your powerstrip, that's when you get the sparks a-flyin' and in a matter of seconds your upholstery is going up in flames.

Usually, the manufacturer will clarify how much their power strip can handle on the package somewhere with a series of numbers.

The important number is the number of watts this thing can handle: 1875. If you draw more than 1875 watts, you’ll overload the power strip. If you're lucky, you just end up with nasty burn marks and a molten plastic mess. Others have lost their entire houses to fires started by power strips. To be safe, you should never push your circuits to the limit.

Know how much power your devices are using.

all have the potential to overwhelm a cheap power strip that’s already under a lot of strain because they don’t just draw a lot of power, they draw it continuously (over 3 hours of use).

Before you plug any of these appliances into a power strip, glance over the packaging or do some research on the manufacturer website to make sure the math checks out. Avoid plugging multiple power-hungry devices into the same power strip. When in doubt, consult an expert. 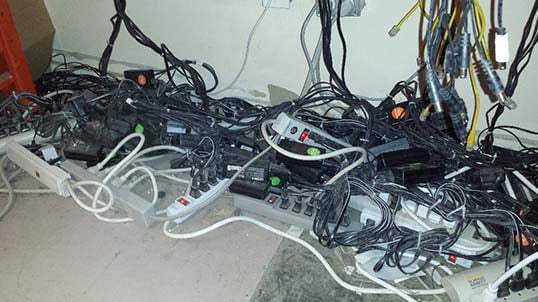 A floor covered in cable spaghetti isn't just ugly; this kind of set-up is a serious fire hazard.

The wires inside power strips tend to be cheap and lower quality than the wires you find in your walls, so when you start chaining power strips, you lose a lot of electricity capacity in the process. Plugging in an appliance with high power usage will heat up those low-quality wires until they burst into flames.

Get a smoke detector.

The best way to stop a fire is to catch it before it gets out of control. We can’t always be at home to watch over our power strips 24/7, so for the moments when we’re not around, smoke detectors can pick up the slack.

Smoke detectors are great for protecting your home, but fires caused by power strips are hardly the only safety threat in the home. Smoke detectors are most effective when combined with a security system and alarm monitoring to ensure fast response times from police and fire departments. Talk to a security company near you to learn more about what steps you can take to protect your home. 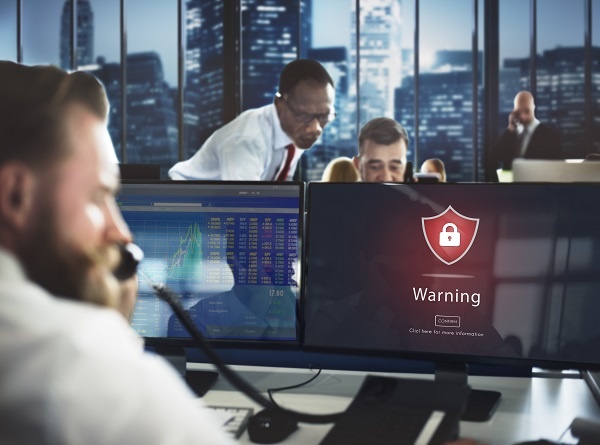 Whether you’re moving into a new home or simply rethinking... 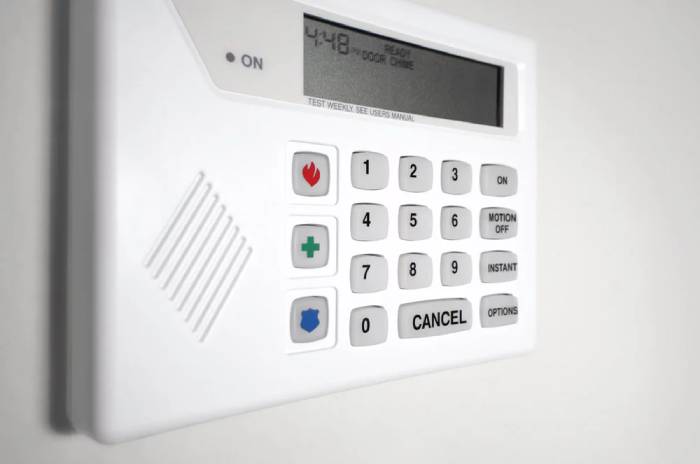 How to Stop Your Security Alarm from Beeping

There’s nothing quite as rage inducing as having your... 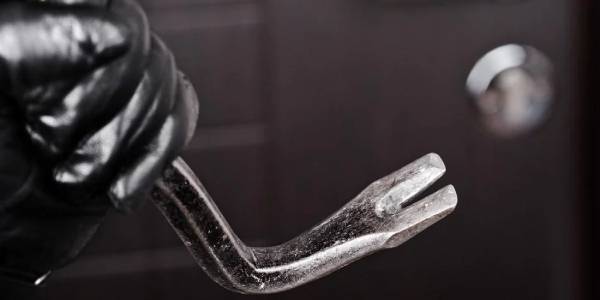 Are there signs that your home is being targeted by...

When to Get a Panic Button

No one wants to think about the scary “what-ifs” that exist... 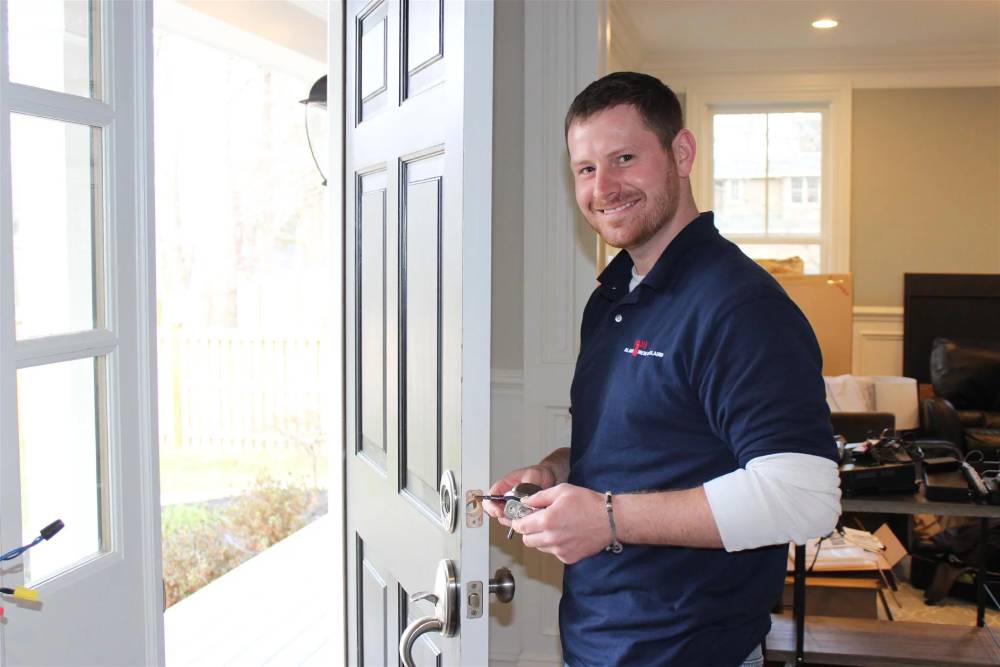 How to Switch Alarm Monitoring Companies in 3 Easy Steps

Do you wish your home security system had more smart home... 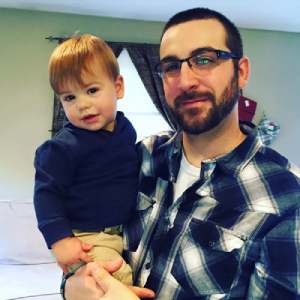