Helping Southington families for over 47 years.

With Alarm New England, you get more than just burglar alarm systems in Southington. You get a commitment. We have a responsibility to provide CT families with the security and peace of mind they deserve, and we take that responsibility seriously. It's why 94% of our customers say they would recommend us to their friends and family.

Don't take our word for it, ask our customers.

Rated 4.9 out of 5 stars based on hundreds of Alarm New England customer reviews.

Sales: 617-221-8839
Call us now to speak with a security professional and get exclusive offers.
Custom build your security system online now.
or
Fill in your information to receive a free quote and exclusive offer 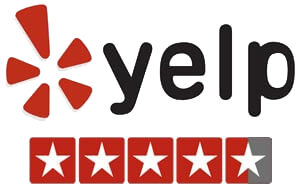 With a customized quote, you get:

What is the history of Southington, CT?

The town of Southington was formally established in Connecticut in 1779, however, the first settler in the town arrived from Farmington town to an area known as Panthorne and settled there in 1698. When the settlement began to expand and prosper, the area came to be known as South Farmington. After some time, the name of the town was shortened to Southington.

In 1770, General George Washington passed through the town on his way to Wethersfield, making him the first important early visitor in the town.

The town was initially made up of farmers who engaged in small time agricultural activities. However, in the early 20th century, the town grew as a pioneer manufacturing center, making products such as the first cement to harden under water, the break-neck rat trap, the first carriage bolt cutting machine, a new tinware process, etc.

The decline of industry in New England around the mid-1960s led to the town becoming a bedroom community. Despite the decline, about one-third of the workers in Southington are employed in the manufacturing sector, particularly in the production of aircraft and fabricated metals.

During the second World War in May 1942, Southington was selected to be highlighted in a defense publication called Southington, CT- Microcosm of America by the US War Department.

The first town council in Southington established the council/manager form of government in 1966 and appointed John Weichsel as the town manager. He retired in January 2011 after serving for 44 years, making him one of the longest serving town managers in the US.

What interesting things can you see or do in Southington, CT?

One of the most historic places in the town is the Marion Historic District. During the American Revolutionary War, the French General, Jean-Baptiste Donatien de Vimeur, comte de Rochambeau and his army encamped in the district when they were marching through the town in 1781.

Two main roads in the town are named after notable residents; Louis G. Tolles Memorial Highway (dedicated in August 1960 and rededicated in October 2007) and Officer Timothy Foley Memorial Highway (September 2009). Louis G. Tolles (1885 - 1956) was a legislator and state Grange leader, while Timothy Foley was the only police officer in the town to be killed in the line of duty in December 1937.

The largest apple orchards farm in the state of Connecticut, Roger Orchards, was founded in 1807 and is one of the leading agricultural producers in the state. The town also has several farms.

The Apple Harvest Festival is an annual event in Southington organized to bring together denizens and local businesses. The festival which spans six weekdays and two weekends has been a tradition since 1969. The occasion features parades, musical performances, carnival rides and games, as well as the serving of unique recipes and foods by organizations in the community.

What is the crime rate in Southington, CT?

The rate of crime in Southington is higher than the average for communities of all sizes in the US. The rate, at 23 crimes for every one thousand residents in the town, makes a person have a 2.3% chance (1 in 44) of becoming a victim of either a property crime or violent crime.

The rate of occurrence of violent crime in Southington is considerably below the average for all the communities and towns of all population sizes in the US. The violent crimes like assault, murder, rape and armed robbery happen less frequently in Southington than in most parts of the US. As a result, the chance that a person will become the victim of a violent crime in the town is 1 in 1065 which is equivalent to a rate of 1 violent crime for every one thousand inhabitants.

What are some notable people from Southington, CT?

James N. Aparo, the comic book artist popular for his DC comics works such as Batman and Aquaman, died in his home in Southington in July 2005.

Charles Whittlesey, the American soldier and geologist that investigated the mound relics of the US, was born in Southington in October 1808.

You can—and should—take the time to look up reviews of several examples of home security in Southington to get an idea of which ones are reputable and which ones to avoid.

If you're still feeling overwhelmed by the number of choices, we've taken some of the most popular home security companies in Southington and examined them in several categories. Our review will give you an informed perspective so you can decide which one will best meet your needs.
How do you choose a Southington alarm company?

Deciding what home security in Southington is worth it can be a challenge. Every household has different requirements and expectations for its security system. Some people want an alarm company to handle the process from end-to-end, whereas others prefer to have more say in how it's customized.

The three main categories that people use to make their decisions are usually price, customer service, and the features and equipment that come with a Southington home alarm system.

Price: Many people only consider the upfront costs of installing home security in Southington, but they forget to think about the monthly expenses and how that can add up over the years.

Customer service: Ideally, you want to be able to reach your Southington alarm company at any time. When choosing the best home security system, you also want to factor in other aspects of customer service, such as cancellation policies and equipment warranties.

A great way to avoid the high cost of wired systems is to go wireless. Wireless home security systems make installation and configuration easier than ever. Plus, wireless systems provide added security; intruders will no longer be able to cut wires to disable the security system, because your system has no wires to cut.

Your wireless system can even communicate with your Southington home security company via cellular connection for greater reliability and fastest response times.

In summary, the ideal way to choose home security in Southington is to consider your own needs and limitations before you talk to a security company so that they can immediately let you know if they have a suitable solution.